Pekin Insurance has been growing for more than 100 years.  We built our current Home Office on Court Street in 1964 and started construction on the first addition to it six years later in 1970.  The company’s officers held a ceremony on March 16, 1972, to celebrate the completion of the addition and to enclose a time capsule behind the cornerstone. 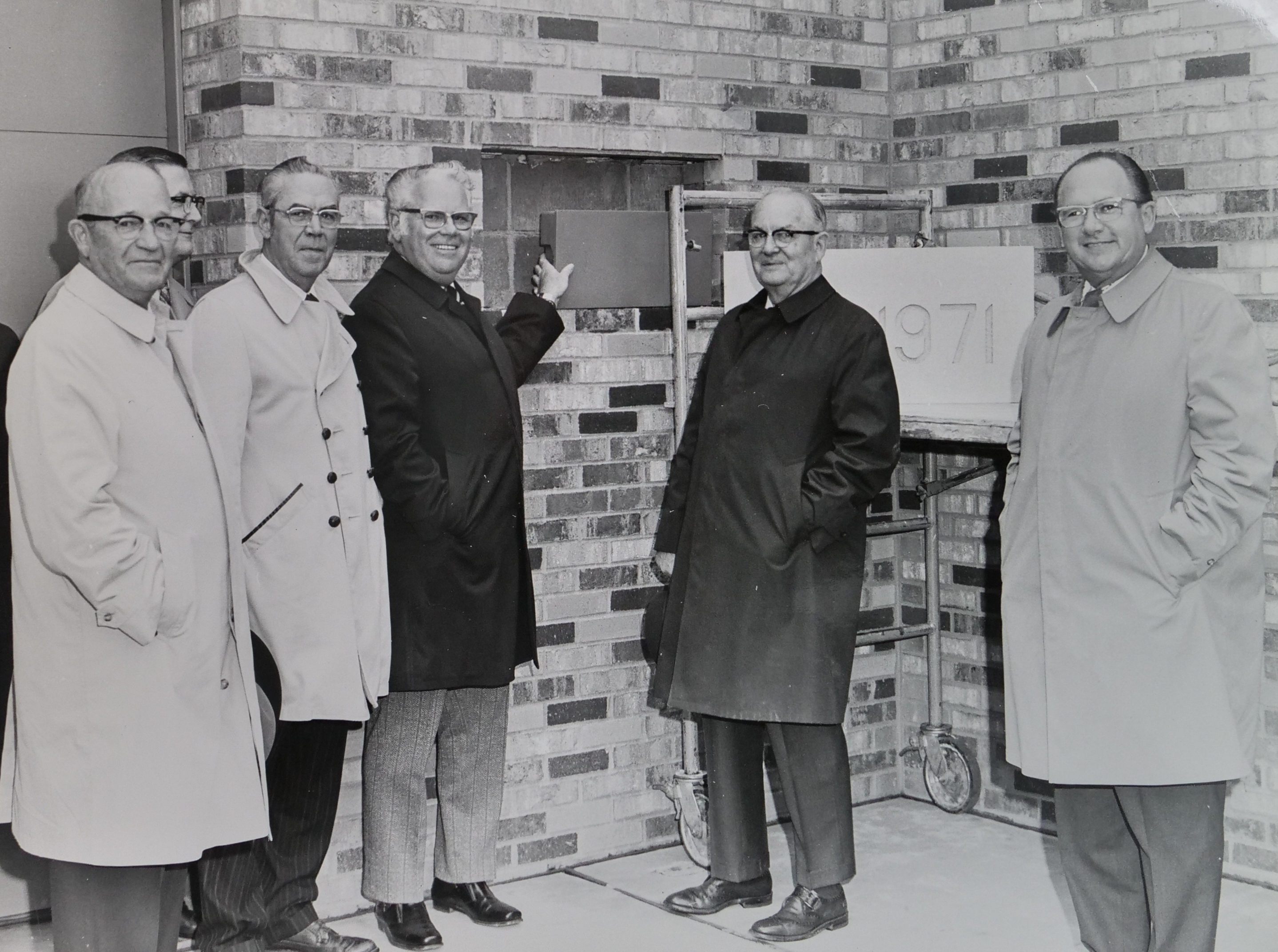 We opened the time capsule 50 years after it was placed and here’s what we discovered:

The first is a copy of the Pekin Times newspaper from January 22, 1966, which featured the company’s move into the current Home Office building.

The second is a copy of the Pekin Times from April 1, 1971, the company’s 50th anniversary.

This included lists of employees, directors, and agents, the 1971 annual reports, results from the 1971 President's Month Contest, and a bound copy of anniversary articles from the 1971 company news letter.

When the items were placed in the time capsule, many of the documents could be read using microfilm. A magnifying glass was used along with bright light to read the contents of the microfilm. Perhaps the magnifying glass was included in the time capsule because the leaders of Pekin Insurance knew that technology would change as our company evolved in a positive direction—they provided us a tool to get a glimpse into the past.

Thank you to all the employees, agents, and policyholders who have kept Pekin Insurance going strong for more than a century.

You are why we do what we do.

A.M. Best has affirmed the FSR of “A-” (Excellent) of Pekin Insurance® Group and our intercompany pool members.

On March 16, 1972 a time capsule was placed behind the cornerstone of the Pekin Insurance Home Office.